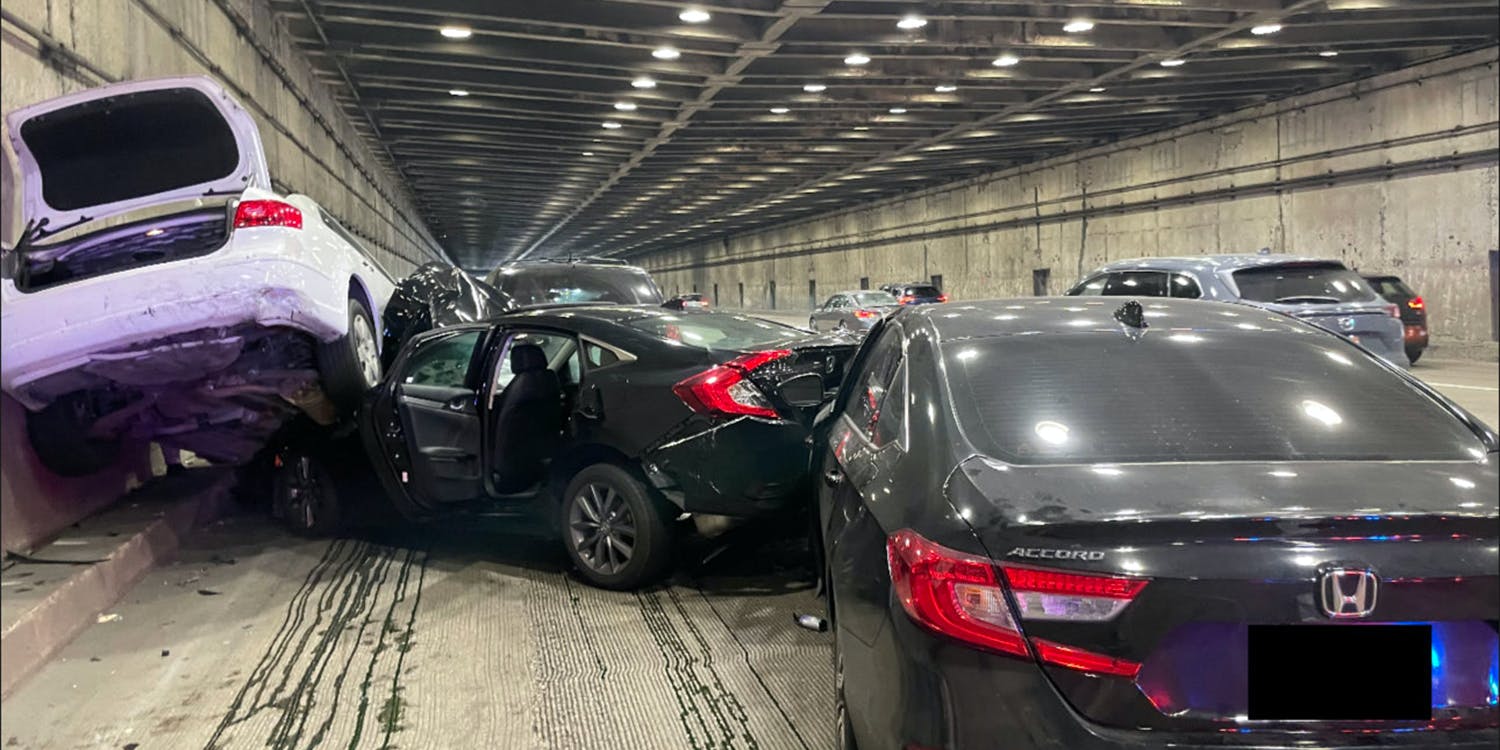 Musk has said Tesla’s problematic autopilot features are “really the difference between Tesla being worth a lot of money or worth basically zero.”

…Highway surveillance footage from Thanksgiving Day shows a Tesla Model S vehicle changing lanes and then abruptly braking in the far-left lane of the San Francisco Bay Bridge, resulting in an eight-vehicle crash. The crash injured nine people, including a 2-year-old child, and blocked traffic on the bridge for over an hour.

The driver told police that he had been using Tesla’s new “Full Self-Driving” feature, the report notes, before the Tesla’s “left signal activated” and its “brakes activated,” and it moved into the left lane, “slowing to a stop directly in [the second vehicle’s] path of travel.”

Just hours before the crash, Tesla CEO Elon Musk had triumphantly announced that Tesla’s “Full Self-Driving” capability was available in North America, congratulating Tesla employees on a “major milestone.” By the end of last year, Tesla had rolled out the feature to over 285,000 people in North America, according to the company

I was member of the Italian parliament (Chamber of deputies) in the XVIIth legislature and Chairman of the steering Commitee of the Italian Digital Agency.

An account of my work for the public institutions is here:

Stefano Quintarelli (he/him) , born in 1965, married to Alessandra, father to Chiara and Irene.
Computer scientist (I started being interested in IT in 1979), I have always worked in telecommunications/internet (since 1985)…
Read all (italian)

This blog is my electronic domicile. Attendance and submitting comments is limited to friends, who introduce themselves (no anonimity) and respect the House rules: no foul language, no party-political advocacy, no insults.